Shure Beta 58A vs SM58: Which is The Best Mic for Vocals?

Today in this post we are dealing with Shure Beta 58A vs SM58 and help you decide which one is the best vocal mic for home studios. 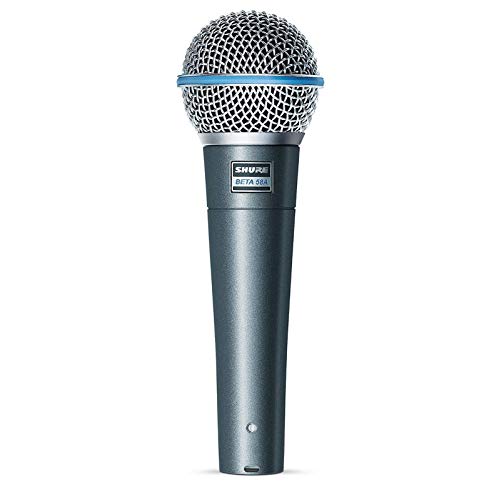 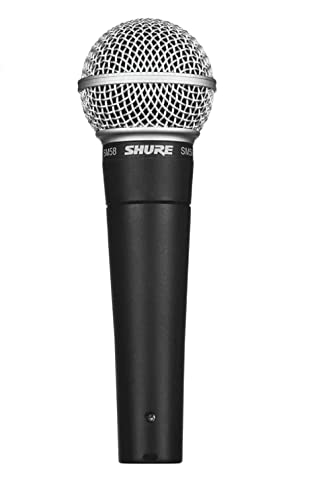 The Shure Beta 58A is widely regarded as the modern-day version of the legendary SM58. In fact, by just looking at both these mics, you can almost begin to wonder why the Shure decided to make a mic that looks and feels so much like the SM58 when its predecessor is still very much around.

Without a doubt, both mics are among the best Shure microphones on the market. This article brings both mics side by side and makes a thorough comparison.

Is Beta 58A better than the legendary SM58?

Are they the same mic but just with different names? Is there a reason to choose one over the other?

These and more questions are answered in this article.

There’s usually no arguments about the ruggedness of Shure mics, and both the Beta 58A and SM58have certainly not disappointed in that regard.

To be more accurate, I should say that the Beta 58A has lived up to the SM58 standard since the later came a long time before the former.

The mesh grille that protects the capsule in these mics are solid and rugged; they can certainly take a beating before you notice any dents.

The chassis is also all metal; strong and very durable. These two mics actually look alike in build, the only distinction of note being the blue strip that runs through the middle of the mic in Beta 58 mic’s head.

There’s not much fancy stuff going on with both Shure mics; there’s only one color combination you’ll find on the market; black chassis and silver mesh grille.

Also, both the Beta 58A and SM58 do not have any switches on them. If you’re using them in live performances, whoever is on the mixing console has to do the switching on or off.

Having said that, there are some modern versions of SM58that have switches. Such mics are recognized by the extension in their names. SM58LC and SM58S are examples of such.

To use both the SM58 and Beta 58A, you must connect them via the XLR ports at the bottom. This means that you cannot use them as plug-and-play directly into your computer. You need an audio interface or mixer. You can also use an XLR to USB adapter if you’re in direct need.

As you may have noticed, these mics are quite similar in some areas. Well, when you open their respective boxes, you also find similar content, the only difference being the mics themselves.

Both the SM58 and Beta 58A boxes contain:

Because these mics are designed to be handheld, also because live performers are not expected to have external pop filters on stage, Shure has made sure to add pop filters beneath the mesh grille to keep some of the plosive sounds from affecting the vocal negatively.

You can easily spot this when you open up the SM58’s cap. For the Beta 58A, you may need to peek through the grille to see it.

Again, another similarity between both mics: they do not need phantom power to work. All you need to do is hook them up to your interface or mixer and you’re good to go.

Both the SM58 and Beta 58A have an impedance rating of 150 ohms. Since they’re low impedance mics, all they need is an average power source to get them going.

Both of these are dynamic mics, but their polar pattern is where the difference comes in.

Buy SM58 at Amazon
Buy Beta 58A at Amazon

Listening to both mics, SM58 seems to have more low-frequency detail. This is expected, mostly because Beta 58A has an in-built low-frequency roll-off that starts at around 500Hz.

This roll off does a good job of eliminating bass buildup when you hold the mic very close to your mouth, but it also reduces the warmth and roundness of a full low frequency.

On the other hand, it also means that being a cardioid mic, SM58 is susceptible to bass buildup when you hold it very close to your mouth (rappers take note).

The mid-frequency production is quite similar for both mics. It’s flat for most of the low mids, then it has a boost in the high mids. This boost makes it easier for vocals to sit easily in the mix.

This is very important in live situations where the mixing engineer doesn’t have so much freedom like in-studio post-production. As soon as the vocalist begins to sing or talk, the audience can be sure to hear what they’re saying or singing while other aspects can be fine-tuned.

The beginning of the higher frequencies in both the SM58 and Beta 58A is similar, the presence boost that started in the high mids continue here until the curve starts to dip at around 10kHz.

Because of the higher frequency boundary, you won’t get airy vocals from these mics. If this was Shure Beta 58A vs Sennheiser e945, the latter could gain a point in its favor here. While the elements will be bright and crisp, it may just lack that high-end sparkle that makes everything shine.

Being dynamic mics, they can record almost any source regardless of their loudness. Maximum SPL figures for such mics as the SM58 and Beta 58A are usually estimated. Even if you’re hearing distortion due to loudness, it might just be your mixer, amp or speaker playing tricks.

Buy SM58 at Amazon
Buy Beta 58A at Amazon

Buy Beta 58A at Amazon

These are two very similar mics that will be useful in similar situations; perhaps an SM58’s toughest competitor PG58 and SM57 could have generated more differences.

But as close as this seems, there is a major difference that makes both of them unique: it’s the low-frequency production.

Because Beta 58A has a low cut, there is a reduced bass production, which makes it ideal for people that already have a lot of low end in their natural voice.

It adds the presence needed to bring out such quality. However, for singers and voice artists whose voices are lacking in low-end richness, Beta 58A may not do their voice textures justice. They may need an SM58 to do the job.