Westone W60 vs Shure SE846: Which One Provides More Comfort?

In this post let me review Westone W60 and Shure SE846 in depth. 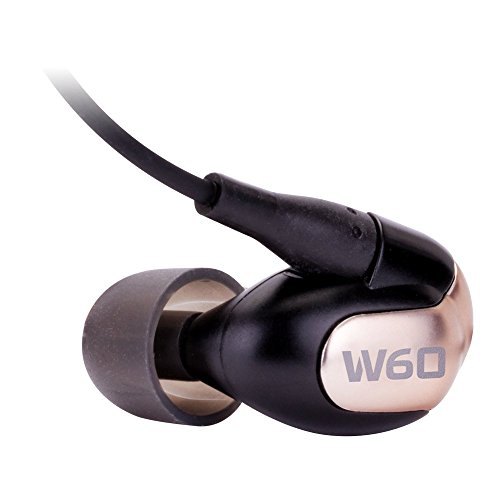 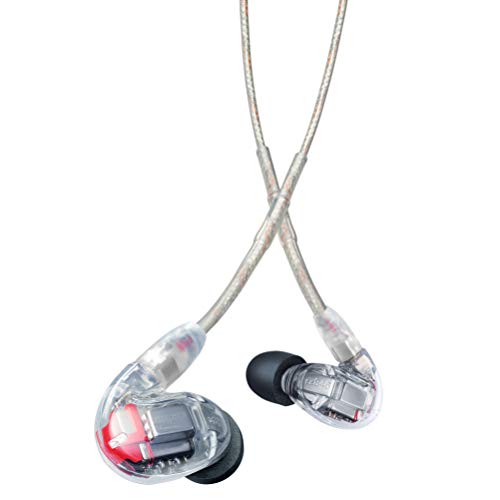 Are you tired of getting opinions and suggestions about which earphone is best for you?

Well, you needn’t worry anymore. We know choosing the right earphones can be very tricky and confusing at times; especially when the choice has to be between the Westone W60 and the Shure SE846.

Are you still not sure which one you want to buy?

So just hold on while we clear the cloud for you!

Before we get all serious by the bombardment of technical aspects and specifications of these two earphones, let’s start with the little things, shall we?

Yes, the casing – the home to your earphones, at least till the time you open the packaging of course!

You get the Shure SE846 in a clear hard-shell old school case closed by the two big clasps.

Inside it, you get a microfiber cloth, another cable, and 0.25inch stereo adapter, lots of ear tips, a frequency response customization kit and another travel-friendly case. And oh yes, the earphones too!

As for the Westone W60, it’s a step up, with a waterproof bright orange heavy-duty case.

Open it and you’ll find two 4.3 feet cables, lots of ear tips as well, and an additional wax removal tool and changeable faceplates along with the earphones. Seems like Westone has emphasised a lot on looks, isn’t it?

As for the body, you’ll notice that both the models have some resemblance with each other. And shouldn’t they be? Given their strong rivalry!

The Shure SE846 has a transparent and clear form. You can see tiny silver boxes perfectly assembled into the frame.

It’ll make you admire this piece of technology and might even consider it to be the next best for the ears after diamond earrings!

Westone W60 played an interesting card in this aspect by giving you the option to change the colour of its plastic faceplates. It is appealing but also very conventional. And let’s be honest here, nobody likes mainstream things nowadays.

Taking a step towards a slightly technical aspect, both the Westone W60 and the Shure SE846 feature detachable cables to MMCX connectors and you wear both of them behind the ear, thanks to their exclusive cables.

The 6 armatures of the Westone W60 are very well balanced in its elegant round body.

The Shure SE846 has only 4 drivers, showcasing an added low-pass filter refined to attain a bass boost. However, you may feel it lacks some fine tuning and few more filters could have improved its sound quality.

How can we possibly move on without talking about the most essential part of any earphone – the cables? Yet again, both the rivals are spot on by providing two cables each.

If you are afraid of earphones getting tangled, I suggest you go with wireless earbuds that allow hands-free operation.

The two cables of the Shure SE846 only differ in length. One is 120 cm in length and the other being 160 cm. They are smartly designed with curved endings for a smooth transition and hence are durable.

The Y coupling with an adjustable split point lets you handle it easily. Unlike the older versions, the connector is trimmed so you don’t have trouble plugging it in to your Smartphone with a protective frame.

In case of the Westone W60, the two cables have fairly distinguished characteristics although they have an equal length.

The smooth transition to the cable compensates for the compact terminals. You might find the braided cable to be a little fragile; it’s not a matter of concern as long as you handle it properly.

I’m sure before buying any earphone you’ll definitely take the comfort factor in to account and you wouldn’t want to compromise with it.

What’s the use of listening to some soothing music with discomfort in your ears? That’s never a good idea!

This is where things start getting a little competitive. Who beats whom? The answer might or might not please you.

When you put on the Westone W60, it perfectly aligns itself inside the ear and blends in completely. You wouldn’t even feel its presence at times.

On the other hand, the Shure SE846 struggles to fit in and almost wrestles with the ear muscles. You’ll need to push it in every once in a while which can be annoying while enjoying the music.

If your ears are bigger than size S, then you’d definitely not want to take the Westone W60 off even at the end of the album. Yes, it’s that comfortable!

For the Shure SE846, anything less than L size ears and you would probably need to work to make sure they’re on. It’s not totally bad either.

All we are saying is that the bigger the ears, the better is the experience.

But hey, the Shure SE846 is not all bad regarding its usability. It might fall behind than the Westone W60 in matters of ear fitting; it does manage to pull itself back on track in terms of its cable’s practicality.

In spite of its tough build, it sleekly curls itself around your ear and doesn’t let loose easily, no matter how much you test it.

You might just feel a hint of its weight at times but that’s a compromise you’d happily make for the trustworthy Shure SE846.

Meanwhile, the Westone W60’s cable with the three-button control can be hard to control, especially during travelling. The braided cable comes into play and you’ll find it to be much more travel friendly.

Now, let us finally talk about the most vital aspect, without which any earphone would just be a noise cancellation item – the sound.

When you compare the Shure SE846 with those large overhead headphones, you’ll hardly find any weak spots.

The four drivers of Shure SE846 fine tune the character of the sound it produces to balance the warm, light and neutral feels.

However, Westone W60 has something more in store for you. It replicates the fullness of the big headphones even better than the Shure SE846.

Sound performance depends on a number of variables. Let take for example –

And the list goes on, but these are the crucial ones off the top of the head. And both the Westone W60 and the Shure SE846 are a real competition to each other.

The Shure SE846 has a wide operational area and you can literally focus on the instruments clearly even if they are being played at minimal volume level.

It doesn’t lose its dynamics and brightness at the edges and you get a lively yet subtle audio separation.

You might have noticed in genres like rock and metal music – the guitars are being played to the right and left at the same time without hampering each other. It doesn’t need to be pushed to the centre for a strong output and the Shure SE846 exhibits the exact same phenomenon.

I’m sure you want a good bass in your earphones. And the Shure SE846 offers you what you have been looking for.

Thanks to its low filter pass which doesn’t let the bass to overpower the mix which has been an issue with the Westone W60.

It’s not that the Westone W60 has a terrible low end performance; it plays beautifully as well. The Shure SE846 however steps up whenever there is a need to squeeze the bass which it does immaculately.

It has larger and controlled bass volume, it’s more enthusiastic, and rather than overwhelming the whole sound, it moves with it smoothly.

The Westone W60 is less tiring to the ears but all the tones are soft and isn’t as exciting to hear as the Shure SE846 which presents each song at full capacity to the listener in the purest of forms.

More emphasis has been given to the midsection of the mix in the Westone W60. Its strength is the band of vocals producing a specific and balanced sound.What it lacks is providing space and separation to the music like the Shure SE846.

This is where the Westone W60 tries to compensate with a more detailed output of the higher frequencies. The modest bass has an important role to play in it without interfering with the higher sounds.

The Shure SE846 is seen to shrink the lighter sounds while the Westone W60 adds more spark to it without overdoing the sharpness. It’s pleasant and clear.

It’s time to put an end and declare the winner in Westone W60 vs Shure SE846.

Classical, jazz, acoustic and folk music can be enjoyed with the Westone W60. There won’t be a juicy bass though; you can expect brighter details and focus on the vocals.

And if you are a fan of rock, blues, electronics and metal music, Shure SE846 is the answer for you.

It was a tough contest and the Shure SE846 rose from the ashes and has emerged as the winner!