JBL Flip 4 vs Charge 4: Why Comparing them is Stupidity?

Today in this post, we are going to review JBL Flip 4 vs Charge 4 and help you decide which one is best for your needs.

Bluetooth speakers have grown in popularity over the past few years and there seems to be no sign of stopping. 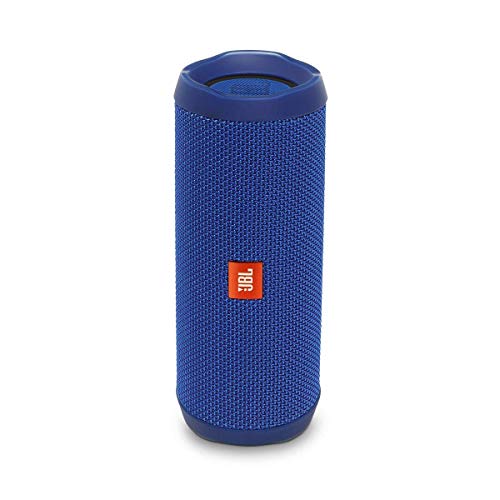 With such a competitive market and so many great options, how do you decide what speaker to buy?

The first step is to look at reputable, high-quality brands and JBL is in that category. They offer a line of quality wireless Bluetooth speakers of which their Flip and Charge models are among the most popular.

The latest models in those lines are Flip 4 and Charge 4.

Both speakers are really good, but they have several similarities hence it can be a little challenging to decide which one to buy.

Don’t fret though, in this article we’ll take a look at the differences and similarities between the two speakers which should hopefully help you decide which one is better suited for your needs.

Before getting started with the review, let’s know the specifications first:

The JBL Flip 4 and Charge 4 are built from similar materials. The main housing is made from rubber and the outer coating is made of strong, durable fabric with a no-frills look.

They are both IPX7 rated which means you can submerge them in water up to a depth of 1 meter for a maximum of 30 minutes. They’re also dust resistant.

The Charge 4 is considerably bigger with a weight of 2.12lbs and 220 x 93 x 95mm dimensions. Whereas its predecessor Charge 3 is lightweight than Charge 4 and weighs 1.8 lbs.

The Flip 4 weighs in at 1.13lbs and has 2.67 x 6.88 x 2.75mm dimensions. Despite the size difference both speakers are portable and can be easily carried in one hand.

Both speakers have a physical power on/off button, volume up/down button and a JBL Connect+ button.

Verdict: Overall the Flip 4 is great if you want a speaker that you can easily carry in a handbag or men’s shoulder bag without weighing you down. Charge 4 is more suited if you don’t mind a larger speaker.

Both the Charge and Flip can pair with two Bluetooth devices simultaneously and switch between them seamlessly. For instance, you can pair both your laptop and your phone with the speaker and then alternate playing audio from the two devices as you wish.

They can both connect to other JBL speakers using the JBL Connect+ feature. This feature enables you to link up to 100 JBL speakers together to play the same audio.

Both speakers can also be managed by using the JBL Connect app which enables you to update the speaker firmware among other things.

The Flip 4 has a speakerphone feature as well as direct access to Google Now or Siri via a button press. These are features the Charge 4 lacks.

But if you compare Flip 4 vs Charge 3, both come with noise and echo canceling speakerphone.

The main feature Charge 4 is that the Flip 4 lacks is the power bank.

As far as battery life is concerned the Charge 4 has the bigger one at 7500mAh and can last up to 20 hours on a single charge.

Flip 4’s smaller battery has a capacity of 3,000mAh and lasts 12 hours on a single charge. It takes roughly 3.5 hours to fully charge. Both Flip 4 and Flip 5 have the same amount of battery life. But if you compare Flip 4 with its previous model Flip 3 battery life has improved a bit.

Charge 4 also has a sleep timer feature whereby it shuts off the speaker after a preset time to conserve battery life.

Verdict: Charge 4 has a better battery life and a power bank feature whereas Flip 4 has better integration with smartphones.

The primary difference is in the low end. Flip 4’s bass response is clean and respectable. However, it’s not room-shaking.

Charge 4’s bigger chassis allows it to pump out more bass thereby making it the winner in that category. The bass is surprisingly tight for a speaker of its size.

It has bass radiators on either side to increase bass response.

Both speakers have that JBL quality sound with no distortion even at maximum volume.

However, Charge 4 is the more powerful speaker overall. Because it’s noticeably louder than the Flip 4 at a maximum volume which isn’t surprising considering it’s the bigger of the two.

The mids are clean with no muddiness on both speakers too. You can clearly hear instruments whose energy lies primarily in the mids such as guitars, pianos and human voices.

The highs on both speakers are well-represented without being too bright and piercing. The highs are neither exaggerated nor dampened.

If you need a speaker for small, outdoor parties the Charge 4 is way more trustworthy than the Flip. If you ask me, Charge 4 is one of my best choices among the party speakers.

It’s sound reproduction quality undoubtedly outperforms that of the Flip. The Flip’s lower power output deems it unreliable as the sound can’t travel as far.

The Flip’s sound output is more suited for small indoor gatherings or even things like watching movies on your laptop while you’re snuggled in bed.

If the Charge 4’s bass isn’t booming enough for you and you require something much louder you can consider buying the JBL Xtreme 2 or JBL Boombox which are considerably bigger and more expensive speakers.

Verdict: There’s no doubt that Charge 4 provides better performance as far as sound quality is concerned. Flip 4 is good but cannot compete with its big brother.

Before deciding which speaker you’d rather buy between Flip 4 and Charge 4, you need to consider six primary factors.

Portability, battery life, the power bank function, bass response, loudness and the speakerphone feature as these are the main areas in which these two speakers differ.

If you prefer something more portable which you can use for answering phone calls the JBL Flip 4 is better suited for you.

If you prefer louder sound, more bass, a larger battery, and a power bank the Charge 4 is better suited to meet your needs.

Either way, you can’t go wrong as both are premium quality products in their respective categories and they’re well worth the price.