In this post let me review the two great Hifiman headphones HE400I and HE400S. 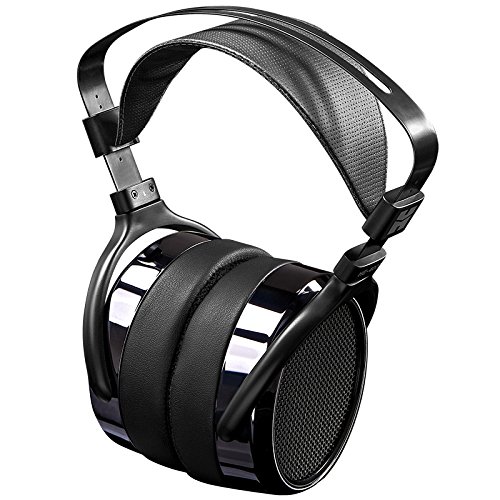 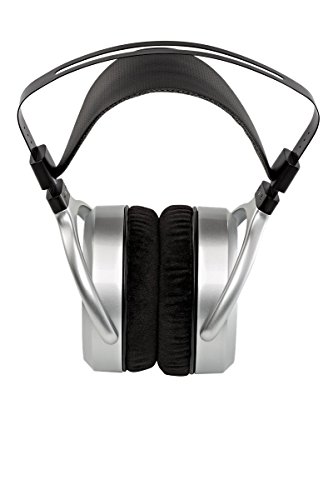 The magnetic planar driver in both the Hifiman HE400i and Hifiman HE400S is something that would definitely change your taste!

So which one is the better Hifiman brother – the HE400i or the HE400S? Let’s start rolling, aye?

Let’s check the specifications of these two headphones.

Physically speaking, both the Hifiman HE400i and Hifiman HE400S have fairly similar looks. And most importantly, both of them are open planar headphones.

Now you might be thinking what are planar headphones?

Let’s make it easy for you.

Normally, you must have heard about headphones and earphones having a balanced armature or a dynamic driver as their crossovers, right? That’s not the case with the Hifiman HE400i and the Hifiman HE400S.

Instead of the traditional use of voice coil and fixed magnet in the diaphragm, the magnetic planar driver in Hifiman HE400i and Hifiman HE400S features a aluminum trace on a super light and very strong film, which is tensioned and stretched between two magnets.

When the aluminum trace on the film receives the audio signal, it vibrates the diaphragm under the influence of the magnetic field. After that, the sound is delivered to your ears with the help of two Fazors, which are acoustic waveguides.

What will impress you is that they have managed to keep the earcups thin enough, thanks to the magnetic planar drivers. It’s the framework of both the headphones that makes it look so huge.

The earcups are decently wide enough to fit your ears perfectly without allowing the stick out in a bizarre fashion and have a classy grille design that adds to its immediate effect on the eyes.

Let’s start accounting the differences now, although they are minor. Up front, the padding – the Hifiman HE400i boasts of a better one than the Hifiman HE400S which makes the former feel more softer and comfortable than the latter which tends to become hot soon.

As for the colouring, the earcups of the Hifiman HE400i can no longer be found in silver colour and are replaced with more elegant and simple looking glossy black colour while the Hifiman HE400S enjoys a stylish design featuring a mix-and-match of silver and black.

Coming to the build quality of the Hifiman HE400i and Hifiman HE400S, it’s quite a catch here. We’re not saying it’s totally bad or it lacks the necessary sturdiness to it.

All we’re pointing out is that both of them are prone to breaking under unsupervised physical pressure, especially the headband.

Which means all the outside sounds would be fairly audible to you even when you are listening to something and vice versa, i.e. people around you would be able to hear what you’re listening.

So, since they are reference headphones, it is recommended you wear them inside a closed environment, the best being in your studio or a silent room.

They also have features that made them suitable to use as studio headphones.

Secondly, both the Hifiman HE400i and Hifiman HE400S produce a sound that is as natural as possible without any added coloration to it. So if you’re expecting a heavy bass or overly bright sound, then these are not the headphones for you.

The Hifiman HE400i has a pretty decent bass to its sound. It might lack on the necessary thump and rumble and fans of heavy bass lovers won’t be satisfied with it. Bass guitars and kick drums sound very subtle.

The bass is similar in the case of the Hifiman HE400S as well. The kick drums are sound refined and the bass guitars don’t sound muddy at all. It’s not bad, but we wish there could be a little more it.

Mid range in the Hifiman HE400i is just great with its flat response all throughout which contributes significantly to vocals and lead instruments and makes them sound very balanced. It has a meaty edge to it and adds to the fullness of the overall sound.

The Hifiman HE400S hits the sweet spot in aspects of the mid range and has a defined output without overbearing it too much. Most headphones mess up in their mid range and end up making them sound like a radio.

The Hifiman HE400S makes sure they handle the business accurately and the midrange is a living manifestation to it. Bull’s eye.

The treble performance of the Hifiman HE400i is overemphasized a little but that is not noticeable. What is concerning is the high sibilance in the shrill vocals or cymbals and can sound really brighter than they actually should.

On the other hand, it is the high end where the Hifiman HE400S truly shines. It has a nice presence to it and well-detailed and especially, the cymbal sounds and other shrill audios cut through the mix immaculately without dominating the overall sound.

Lastly, talking about noise isolation, the Hifiman HE400i and the Hifiman HE400S tend to purposely leak the sound due to their open back design and in turn, it improves the audio quality by creating a wider soundstage.

But we have to take sides with either one of them and for us, it has to be the Hifiman HE400S.

Because the Hifiman HE400S has a warmer sound than the cool and analytical sounding Hifiman HE400i. It is not overdone and is subtle. The soundstage is better as well.