Sennheiser E935 vs E945: Which Microphone Should You Buy? 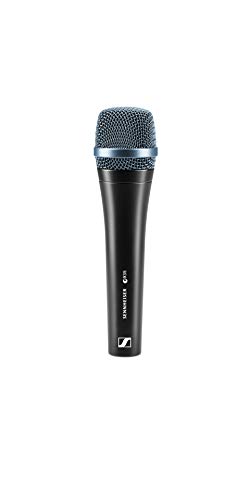 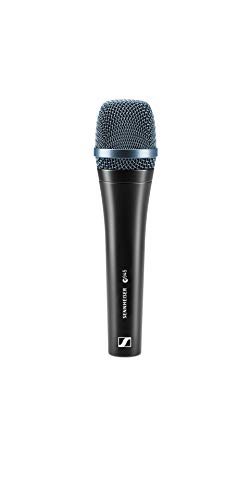 Hello there, I know you’re probably wondering which microphone to add to your arsenal which can provide you a magical music experience and a great value for money; because there are plenty of options available.

That’s exactly what makes it so difficult to choose.

Sit tight as we show you a comparison of the two great options available in the market; they are Sennheiser E935 and Sennheiser E945. I wouldn’t say they are in competition but are made for subtly different usages.

We’ll discuss the sound quality, build quality, and the overall performance of both the microphones; but let’s grab the specifications first.

The Sennheiser E935 and Sennheiser E945 being the descendants of the same series have almost same features and specifications. But the E945 certainly is an upgrade to the good old E935 with better pick-up and sensitivity.

The Sennheiser E935 and Sennheiser E945 are both dynamic live-vocal microphones, which are made to be highly rugged, durable and versatile. Well, Sennheiser has made no compromise in build quality of these two babies.

The 10-year warranty by Sennheiser provides you further relief for live stage gigging and mic-drops without hesitation.

If you are an energetic performer on-stage, you might need a lot of handling and movements. Sennheiser provides an internal shock mount which drastically cuts down the handling noise in the mic and gives a pretty clear and pleasant output.

Overall, the build quality and design of these microphones are extremely reliable and shock resistant.

Sennheiser is one of the most trusted brands in the audio industry, and it lives up to its reputation with these two babies too. The sound quality, which is the prime determinant in the commercial run and reputation of a microphone is well taken care of in these two microphones.

The most important difference between the two mics is the pick-up pattern. Sennheiser E935 has a cardioid pick-up, which means it’ll pick sound signals from 130 degrees each side of the axis and will eliminate almost all the signal from directly behind the microphone.

Sennheiser E945 has a super-cardioid pick-up, meaning it has a tight pick-up, 115 degrees each side from the axis, and it picks a very little amount of audio when hit directly from the back. Other than that the mic has a crystal clear sound output with a great amount of warmth and sensitivity.

Sennheiser E945 has a great noise rejection because of the cardioid pick-up pattern and the neodymium ferrous magnet with boron; which offers great sensitivity.

The best part is, Sennheiser E945 has an even superior noise rejection because of the super-cardioid pick-up pattern and it also sports a neodymium ferrous magnet which adds to the sensitivity factor.

Sennheiser E935 being a cardioid mic has a really sparkling high-end. The trebles are not too exaggerated or ear-shattering but are rather very pleasant and clear.

Sennheiser E945 being a super-cardioid mic has a bit cleaner high-end than the E935. The tight pick-up accentuates the high range, reduces ambiance and gives you an output which has a nice punch to it.

The Sennheiser E935 has a crisp mid-range. The voice cuts through the mix and has a nice ambiance to it.

Sennheiser E945 has a better mid-range than the Sennheiser E935. It has a lively fullness and a warmth to it. It will reveal more nuance and subtlety in your voice.

The Sennheiser E935 has a good bass range. The low-range is not too boomy but a good ground-shaking mix of the crisp low frequencies.

However, the Sennheiser E945 has a better and more sensitive end to the low frequencies. The lows are just way too better than any of the microphones in the range.

Both the microphones are highly versatile. These can be used live on-stage and also in a studio setup. However one has to be careful with the monitor setups as they can really affect the output of the mic.

If you are using IEMs then the E945 may not be a good option but E935 works wonders for its cardioid pickup. However, for floor monitors, the super-cardioid pick up of the Sennheiser E945 really gives a great output.

How does the pickup pattern of these mics differ?

Which microphone is best at rejecting the noises?

Sennheiser E945 is good at rejecting the noises and interferences because of its narrow pick up pattern and is more sensitive due to the neodymium ferrous magnet built into it.

How these mics perform in high frequencies?

Sennheiser E945 excels well in this case with its super-cardioid pickup pattern. It is extremely well in producing a cleaner high end than E935.

Why these mics are best for live stage performances?

These dynamic mics come with internal shock mounts to cut down the handling noise in the mic thus giving a pleasant output even though there are a lot of handling movements.

What about the frequency response of these mics?

But if you are a performer who likes to sing a bit off the axis then the Sennheiser E935 is your go-to microphone.